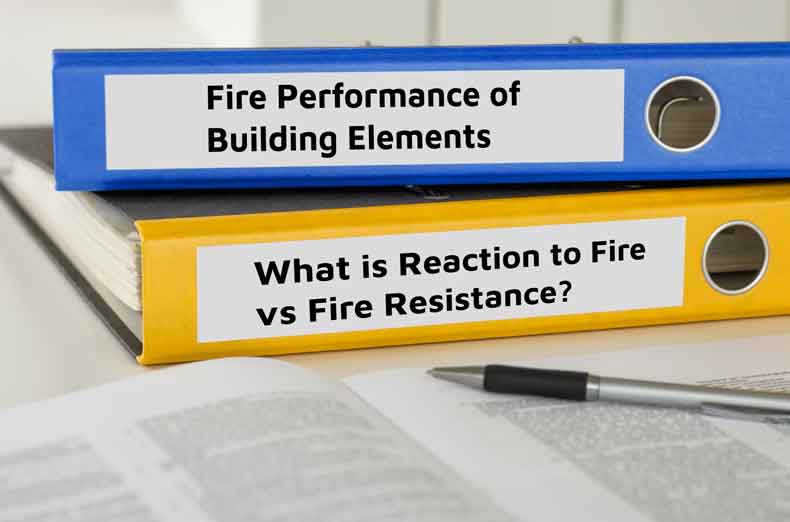 It can be misleading, for example, to quote a poor individual test result for a component that can be safely used in a tested construction.

Over the last few years, as the construction industry has found itself under scrutiny and started to hold itself to greater account, risk aversion towards fire performance and product specification has understandably increased. In some cases, however, that is leading to specifications being written without necessarily understanding what is being asked for, or why.

What are the different types of fire performance?

National building regulations in the UK deal with fire safety in the following documents:

The aim of the regulations in each country is broadly the same but the specifics of how those aims are achieved can vary. Solutions differ depending on building type, use, occupancy, layout, height and construction, as well as the distance from surrounding buildings.

Essentially, regulations deal with external and internal fire spread. (They also cover access for fire and rescue services, means of escape, and the fire performance of internal linings – although none of these are directly relevant to the products offered by Polyfoam XPS.)

When it comes to construction products and applying the regulations, we are interested in the reaction to fire performance of individual components. For an element build-up or system approach, we are more likely to be interested in the fire resistance.

What is reaction to fire?

Products are classified according to EN 13501-1, which defines reaction to fire. It is a measure of how a product behaves when exposed to a fire, and how it contributes to the fire as it decomposes as a result of that exposure.

For classifications from A2 to E, a designation for the production of smoke (s1, s2 or s3) and/or flaming droplets/particles (d0, d1 or d2) are added.

European classifications should be the standard method of declaring performance, but it remains common to see national designations used, based on testing to BS 476-6 and -7. The following equivalent national class terminology is generally accepted, though is not directly comparable:

What is fire resistance?

Fire resistance has three aspects, all measured by the number of minutes that elapse during standard tests for each:

A construction element may need to meet all three aspects, in which case the performance would be written REI 30 (or 60, 90 or 120, depending on the period of resistance achieved/required). EI relates to an element that is not loadbearing, and sometimes E alone is required – again, both followed by the number of minutes.

How should fire performance declarations be applied?

Buildings – particularly large buildings, non-domestic buildings, and buildings split into multiple uses and occupancies – can be incredibly complex. The more complex the building, the more specific the requirements in terms of fire safety and performance.

Applying general principles to buildings where specific provisions are required is likely to compromise fire safety, and nothing in this post should be a substitute for following the guidance in regulations, or seeking advice from a fire engineer or other specialist. Section 4.9 of BS6229:2018 provides useful guidance on the topic of fire safety in flat roofs, however some projects require consultation directly with the local fire service.

In this post we have tried to summarise the measurement and declaration of fire performance of buildings and materials, to aid discussions on the topic. Improving the confidence of designers, specifiers, contractors and insurers who make decisions is critical to the success of construction products.

We have written separately about the specifics of using XPS insulation in flat roofs and ground floors, and we can be contacted for more information about the use of our extruded polystyrene products.