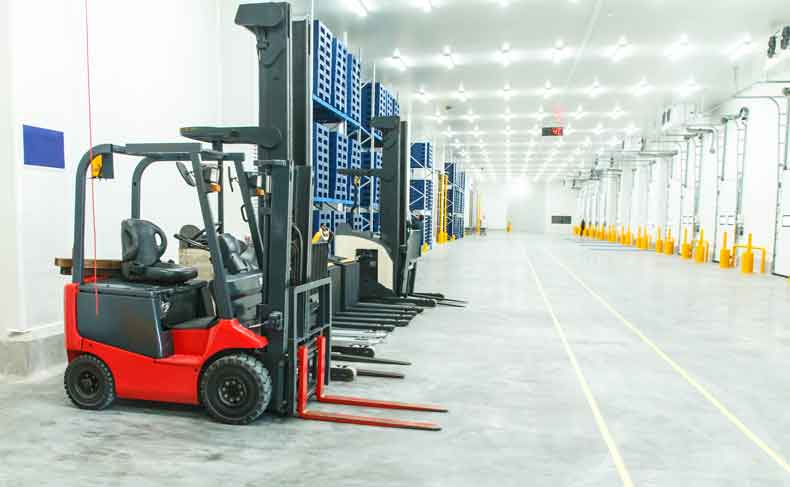 After discussing the different types of insulation material commonly specified in ground floor constructions in this previous blog, we explained why it’s important not to assume that all insulation performs the same way – with regard to thermal performance and loadbearing capacity. Here, we offer guidance on how the compressive strength of ground floor insulation compares to that of other layers in a floor.

Commonly-specified and widely-available building insulation types are not intended for ‘loadbearing’ applications – meaning they should not be expected to take the structural loads of the building, where the weight of the roof transfers through the walls, to the foundations and into the ground.

Generally speaking, floor insulation is part of what a structural engineer might call the ‘secondary structure’, which takes the loads imposed by the ‘building use’.

Building use includes people, fixtures and fittings, furniture and potentially vehicle movements too, if the building has a car park deck or is used for warehousing. All of these loads transfer through the floor insulation, in addition to the dead weight of any screed or slab, so the insulation product has to be sufficiently strong as well as performing thermally.

Some ground floor constructions, for example, those formed by a raft slab, can be part of the primary structure, but insulation must be specified carefully to ensure it is only exposed to loads it is capable of bearing.

Loads can broadly be grouped into two types. An active load, sometimes referred to as a ‘live’ or ‘imposed’ load, is anything imposing load which can move around, changing where and how the load acts. A dead load, or ‘self-weight’, is a constant, static load. Either load type can also be categorised as one of the following;

Distributed load: a load acting evenly over a surface area, such as the weight of a screed or floor slab.

Point load (or concentrated load): a single load applied to a localised area. Most insulation types should not be subjected to point loads; for example, it’s possible to leave a footprint impression on an insulation board that is otherwise capable of withstanding several tonnes of distributed load.

A point load is the most extreme loading condition and the most onerous consideration. Because insulation is always covered by other materials, it is the distribution of load through the floor construction that tends to dictate insulation specification.

Insulation is typically the weakest layer in a floor build-up, and therefore the layer subjected to most scrutiny. Even the strongest insulation pales into comparison with concrete screed and slab layers.

An insulation material’s ability to resist the loads applied to it is assessed and declared by measuring its compression behaviour. The standards covering the manufacture of insulation materials specify that declarations should be based upon a sample being compressed by up to 10 percent of its thickness.

Insulation would never be used in a situation where it could compress by 10 percent; the consequences of that movement could not be tolerated. The test method simply offers a reference value to which safety factors can be applied to obtain ‘in use’ values.

Compressive strength measurements for any insulation product boards are declared in kilopascals (kPa). The pascal is the SI (International System of Units) for pressure, defined as one newton per square metre.

For easy conversion, 10 kPa or 10 kN/m2 is about equivalent to one metric tonne per square metre.

By contrast, the strength of concrete screeds and slabs is measured in megapascals (MPa), an order of magnitude greater than kPa (i.e. 1000 kPa = 1 MPa).

For structural engineers and flooring industry professionals who are used to thinking in MPa, it can be tricky to contextualise measurements expressed in kPa. There is a risk of confusion, but kPa is what the standards for insulation require. This is why ensuring the correct insulation specification is so important.

The British and European Standard BS EN 1991-1-1 gives maximum expected distributed and concentrated loads for all types of buildings and their uses.

When carrying out structural calculations and checking the suitability of proposed build-ups, there should be no need for structural engineers to go beyond the values in BS EN 1991-1-1. However, they are free to do so if they deem it necessary.

As we have already touched on, insulation manufacturers apply safety factors to their compressive strength declarations. Doing so gives recommended maximum loadings for the product in use, to help structural engineers with their assessments.

The risk is that structural engineers apply safety factors of their own at the same time – for example, by assuming loads in excess of those given by the standard. The compound effect of these multiple safety factors leads to the insulation being completely over-specified.

Of course, compressive strength is only one characteristic – it should not be the sole deciding factor in choosing a product. In our previous blog, we talked about how other features and characteristics affect the specification and use of different insulation types.

And with its tolerance for wet environments, and robustness when installed in contact with the ground, higher grades are ideal for applying to the outside of basement structures or for insulating swimming pool basins.

A knowledgeable manufacturer will always be willing to give advice about the best use of their products and assist the design team, even if the final sign-off is the responsibility of the project’s structural engineer.

At Polyfoam XPS, we manufacture and supply extruded polystyrene insulation products for ground floor constructions, backed up by comprehensive technical support and U-value calculations. If you have any questions you can contact us here.

This article appeared in the Contract Flooring Journal April edition